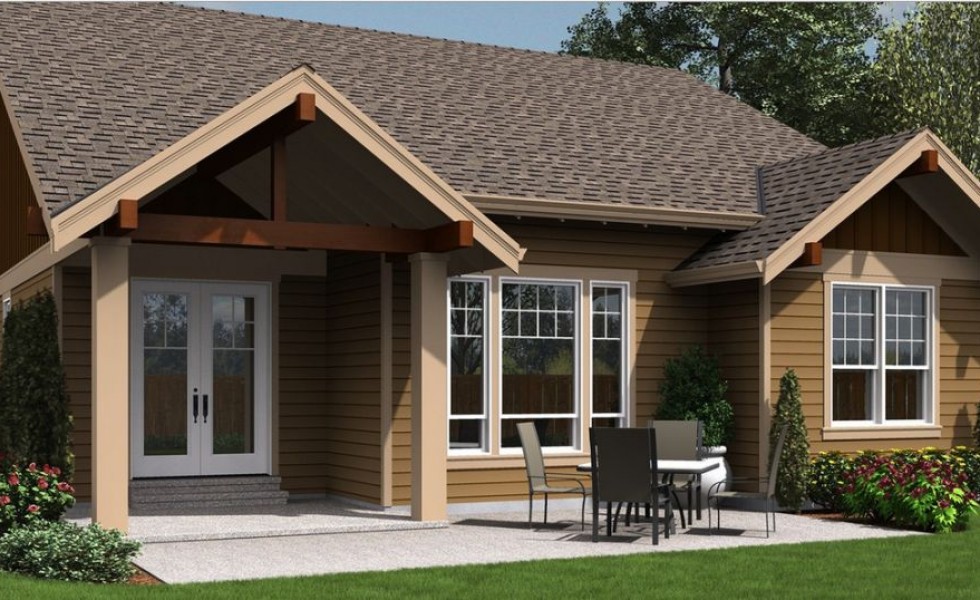 The principle of universal design came into being out of the primary concern to ensure elderly people easy access to various areas in a home, even if in theory it sought to create a built environment that is accessible for as much of the population as possible. It is partially rooted in design for handicapped individuals, but in time extended and now envision those who would like to age in place. Such homes are thus adapted so that they facilitate free and easy movement across the living space for the elderly. Below are several elderly friendly house plans:

They may look like regular homes from the outside, except for the fact most of them are single story houses for the very reason mentioned above. Inside, these plans are conceived to meet any possible problems old men might encounter. For instance, all transitional spaces, such as corridors, must be wide enough to accommodate wheelchair movement. Showers shouldn’t have a curb, and walk-in tubs are best suited for the aged while all bathrooms should have slip-resistant surfaces as well as grab bars.

The interior is usually an open space for those in wheelchairs to navigate easily and allow them to monitor their environment using lines of sight rather than their sense of hearing.
Storage spaces are also found in the form of pull-out and pull-down shelving and accessible from low height. Most important, these houses have remote control blinds and windows to help the elderly avoid considerable physical effort.

Such an elderly friendly house plan can be seen below. The house is organized around a central patio which is easily accessible both from the living room and one of the bedrooms. The house sits on 231 square meters and has three bedrooms and three bathrooms. Another house was rearranged to accommodate a 73 year old woman. The two story house has well lit and safe stairs with handrails on both sides of the staircase and clearly defined steps. All the rooms have storage space and landing spaces right next to entryways, thresholds were removed while doorknobs replaced with lever-style hardware. The images below also show an open space interior, especially designed for an elderly couple in a farm house. We see the same helpful elements mentioned above, such as rounded corner furniture, an open walk-in shower with many grab bars and easily accessible storage spaces.