Building Your Own Brick Smokehouse In Easy Steps 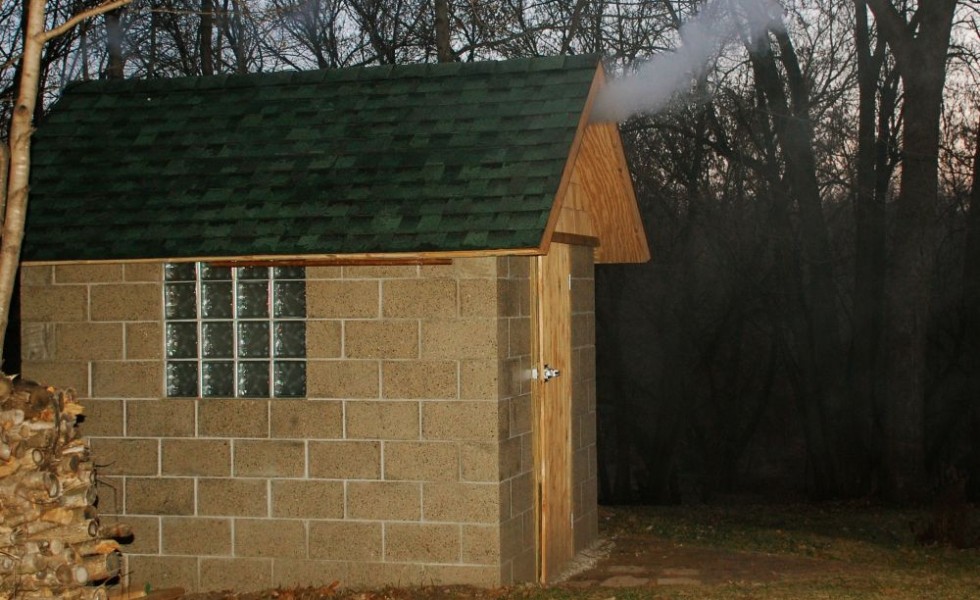 Since we are so close to the holiday season, let’s start preparations for the food debauchery by building a brick smokehouse which, accompanied by a mug of red wine and a glass of plum brandy, keep away winter cold weather. For those raised in the countryside or who at least spent vacations there, the smokehouse, regardless how complex or rudimentary the structure was, is a must have of the winter culinary ritual. And to get to the point, building your own brick smokehouse is an easy task with fruitful results over the next months.

The project we looked at is a smokehouse entirely built using cinder blocks and was found on a forum dedicated to smoked meat enthusiasts. There is something like that since the number of those addicted to these fall and winter season dishes is so high. The construction bears the signature of Nick, a handyman in Texas.

He used cinder blocks to raise those four walls of the smokehouse straight on the ground, with no foundation underneath. As we can see in the images, he also chose not to use any mortar to glue to blocks together. This must basically be a seasonal smokehouse which, after the job is completed, is dismantled and sheltered in a garage of shed. A choice which must have something to do with a small space around the house. Building your own brick smokehouse – a simple, seasonal structure, yet every effective To the front, where the firebox is, the handyman built a smoke guiding channel by using two rows of cinder blocks over which he laid three other bricks side by side. An opening was left in the front wall of the smokehouse for the smoke to get in. A detachable wooden roof was placed on top of the structure which will be sole accessible point inside the smokehouse. Simple and effective!

The other images show a smokehouse this time made of timber, cinder blocks and classic bricks. This is a more ambitious project which also carry a superior aesthetic value. The base of the smokehouse is made of cinder blocks, the firebox of brick while the upper part of the structure is built from wood. The smokehouse and the firebox are connected through a tube where the smoke circulates, masked by a stack of fire wood right under the eaves of the roof.