Around America In A Tiny House 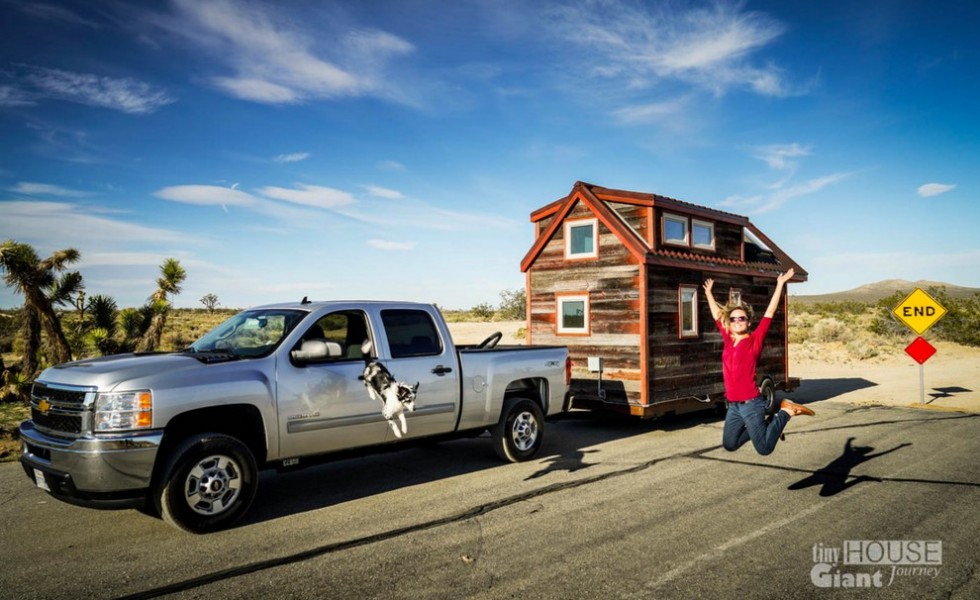 Sometimes a simple idea brings rise to a real challenge and, further on, a new life style. This is the case of a young American couple who decided to leave everything behind them and set out on a new road entirely different from what they had experienced before. Their decision is just another example in a series of stories about people who want a change in their life and move on trustful they’ve made the right choice.

Jenna and Guillaume are two young Americans. Two years ago, the two decided to leave their jobs and dedicate entirely to their hobby, travel journalism. The idea struck them after searching the web and finding out about tiny houses, a trend which is gaining proportions across America. “I was like, What if we could quit our jobs and live a life of travel journalism in a house we built ourselves? So that’s what we did”, Guillaume told Buzzfeed.

“The people we meet who live in tiny houses tend to be much more free-spirited than the people we met in our jobs. Their priority isn’t money and nice things, but freedom and enjoying life and the beauty of everything around them”, he went on. Around America in a tiny house – cozy interior One they made up their mind, they wasted no time. With help from friends, they built a tiny house from scratch. They left their home in Los Angeles and started a whole new life. Over the past six months, Jenna and Guillaume have been travelling across America, living off Jenna’s travel writing, Guillaume’s photography and donations from supporters all over the country.

“In the past six months we’ve traveled over 11,000 miles”, they said. The two travel to destinations where fans give them a driveway or land to park on, or to where they can hold tiny house building workshops for the tiny house company Tumbleweed. “It’s truly amazing what we get to see. The experiences we have are like nothing we could have had before in our jobs,” he added. Around America in a tiny house – across Arizona’s deserts