Before And After – The Superb Makeover Of An Old Australian House 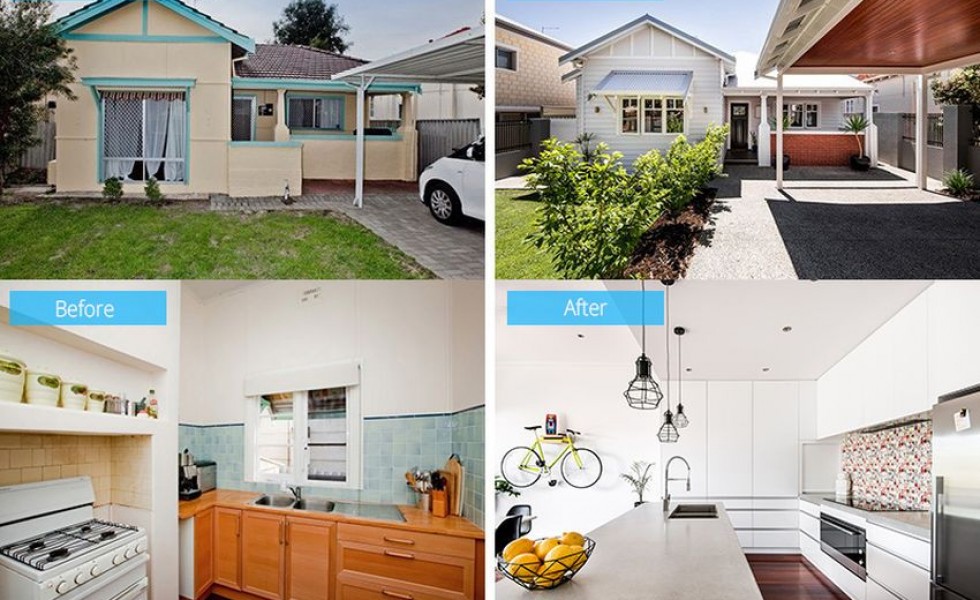 The profoundness of a change is best described in images that perfectly seize the metamorphosis of an inert space into one bursting with vitality. In this case, a house more than 70 years old gets a whole new face, both on the inside and outside, turning into a contemporary home full of color and vitality, just as a house should look in sunny Australia.

The house, which was built in the 40’s, was renovated by designer Janik Dalicki who went for the open space concept for the interiors and, in line with the times, and a lot of space for entertaining. Nothing in the structure of the house escaped the makeover process, including the garage, as we will in the images below coming via Homedesignlover.com

For the exterior, Dalecki chose a new chromatic option, highlighted by the insertions of decorative brick, along small changes in the structure of the house, such as downsizing the front windows and removal of a small wall that preceded the main entry. The old pavement tiles in the yard were also replaced with larger and more elegant looking ones, giving the whole picture chromatic unity. Before and after – a new facade, exuding light and optimism

But the real change is best expressed inside the home, in the whitewashed interiors featuring countless decorative elements that bring very interesting and captivating accents, such as wood floors and black chairs. The living got a new full wall of shelving that has been added to the new space to provide extra storage, but which also fragment the décor and render it more dynamic from a visual point of view, especially when seen from the other corner. Before and after – energy bursting contemporary interiors Bedrooms also come as a big splash of white, in fine and tasteful contrasts, drawing attention thanks to the simplicity of the design. A brick clad fireplace also comes as a chromatic rebel and a last trace of what used to be the now energy bursting home. The bathroom, too, got extra proportions thanks to the large mirrors which spreads white reflections all across the room.

Before and after – fine looking contrasts in a sea of white