Houses That Can Be Built In A Day – Defying The Conventional 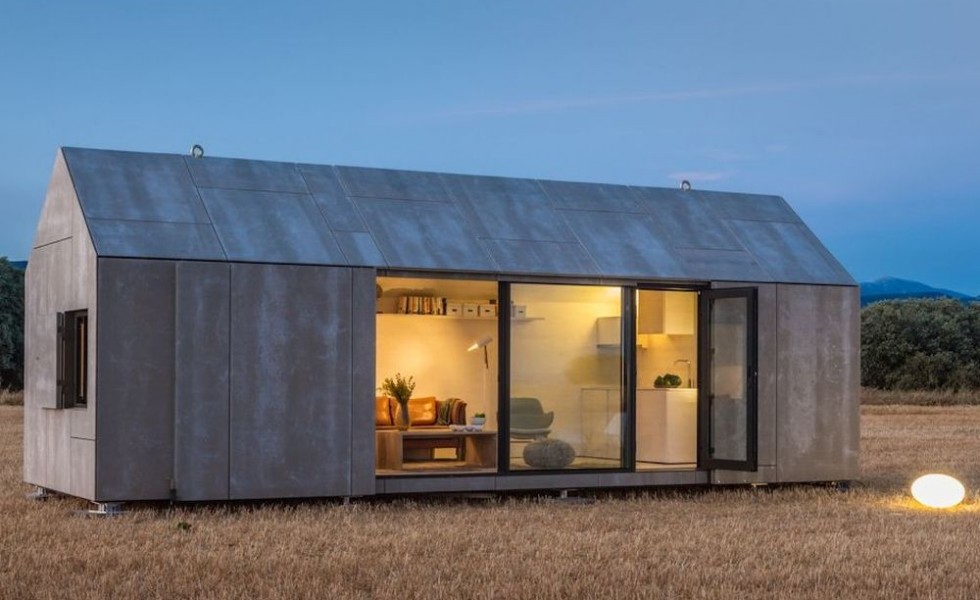 It’s no wonder or exception, but a reality that grows day by day. In a world in continuous motion in which times is such a precious resource, houses that can be assembled in a single day lure more and more customers for who living is just another aspect of an ever busy life. These are generally prefab homes which can be easily put together just as a Lego game, immediately answering practical needs of a generation which defy conventional norms. Here are three examples of houses that can be built in a day.

The first example is the creation of a Dutch architecture firm. Heijmans One is a prefabricated home made out of solid wood frames and solar panels that can be built pretty much anywhere, in a single day. According to Heijmans, the compact, energy-efficient homes were designed to make use of the “derelict sites” that exist in cities like Amsterdam, and includes everything one would need to live, such as a kitchen, bathroom, living room, bedroom and even an outside patio. Houses that can be built in a day – Heijmans ONE, the Dutch solution And since this is turning into a living trend, companies waste no time and imagination to come up with viable projects. The second example comes from Spain and even if it may look like a barn from the outside, the interiors pack cozy living spaces. Inside the 26-square-meter space which is perfectly comfortable for two, you’ll find a living-room and kitchen, a full bathroom and double bedroom. The large expanse of floor-to-ceiling windows and the gabled ceiling, which is eleven feet at its highest, make the small space feel open and airy. The interior walls were left white as a clean and simple backdrop to the most beautifully curated earthy furnishings. And most of the materials used for the home can be recycled. Houses that can be built in a day – the Spanish barn Finally, the last concept comes from Germany and, designers say, it’s literally a power plant. A self-learning heating and power system inside the home utilizes a series of radio sensors inside and outside, as well as on the home’s electric cars, to constantly compare and learn, not only adjusting to temperature differences and behavioral patterns but forecasting them. The super light, fully recyclable 90-square-meter building with a self-learning, self-regulating energy system generates 200% of its energy needs with a grid of photovoltaics on the roof. It’s literally a “power plant,” as designers put it. Tags: houses assembled in a dayHouses that can be built in a dayprefab houses