The Bunker Compound – The Ultimate Shelter 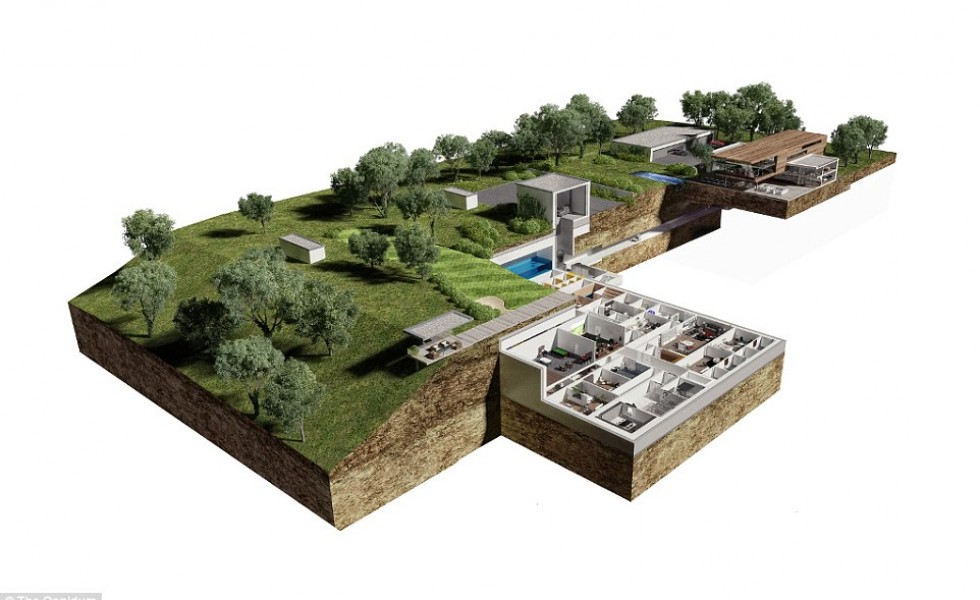 Former secret military facility built by the Soviet Army in former Czechoslovakia in 1984 and which stayed in disuse for about two decades after the Red Army withdrew early 90’s drew the attention of a Czech architecture company which saw an enormous real-estate potential in the former concrete structure. To give you a better expose of this story, we should mention the former Soviet base is actually an immense two story underground bunker.

Once an old ghost of the Cold War which could be barely noticed among the trees grown among its walls, the old military base is now an exquisite hideaway from those seeking a different life style and a truly authentic living experience. Because the construction of the facility occurred at a time of heightened world tension, the enormous level of resources used to develop it would be all but impossible to match today, architects say. It is extremely unlikely that any government would approve a non-military structure of this size to be built today. The bunker compound – the former military base as seen from above

Above the ground, the residence lies on about 2,800 square meters and is connected via secret corridor to the two-story, 7,200 square meter bunker below, which has been stylishly subdivided into one large apartment and six smaller ones for friends, family and staff, all stocked with ten years of supplies, to give the clients a genuine military experience, according to website Treehugger.com. Moreover, apart from the large-scale stocks of non-perishable food and water, the residence features water purification equipment, medical supplies, surgical facilities, and communication networks with the outside world. The bunker compound – the two slices of the underground facility But leaving aside the military side of it, since it is a modern compound after all, the architects are now looking into expanding it by integrating an underground garden with simulated natural light, as well as a spa, swimming pool, cinema, library, a wine cellar and other leisure facilities. A retired general is entrusted with security since he is familiarized with the former Soviet military facility.

The project has been described as “the largest billionaire bunker in the world”. There’s no word yet about the prices of the underground apartments, but we infer from the designation above they are not that accessible.